Today you see more and more people vaping, and smoking is clearly slowing dying out. If you would like to quit smoking, I offer a two session stop smoking programme in London and online. Perhaps you arrived at this page by searching for a ‘hypnotist to stop smoking near me’. I have helped many people stop smoking at my King’s Cross practice in central London. In fact I often have referrals from people who through my sessions are now happy non-smokers. Hypnotherapy can help you too. Get in touch today. 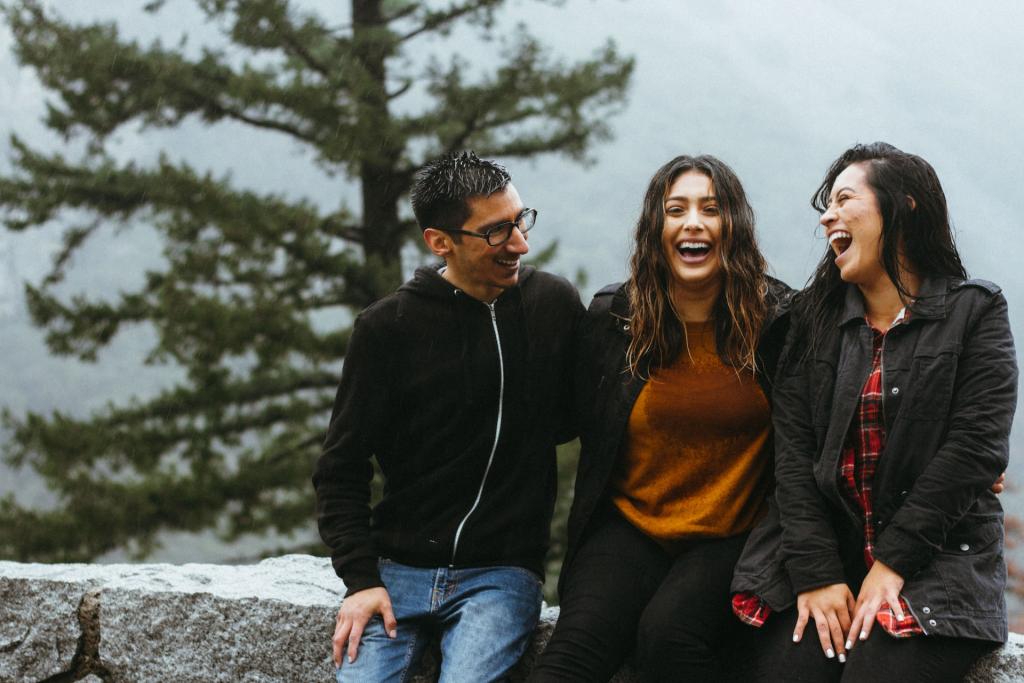 Hypnotist to stop smoking near me in London

I’m sure you are wondering if hypnotherapy can indeed help you quit smoking? As a stop smoking hypnotist I can tell you that studies have found that hypnosis is over three times effective to help people stop smoking than nicotine patches or gum, and 15 times more effective than trying to quit smoking cigarettes with willpower or ‘cold turkey’ alone. If you scroll down, I have placed references to scientific studies into the effectiveness of seeing a hypnotist and hypnotherapy verses other methods.

As a London hypnotist I have had the privilege of helping people from all walks of lie stop smoking. People do come from far and near me in Central London. They all have in common a wish to life healthy lives and no longer be a slave to nicotine and cigarettes that don’t just lead to cancer and other horrible illness but leave your clothes and hair stinking and lets not forget that smoker’s breathe – yuck!

Nicotine is very addictive, but it’s the mental habit that also makes it challenging for most people to stop smoking. That’s why seeing a hypnotist and hypnosis is such an effective way to stop.

What to Expect from London hypnotist sessions

Before sessions I ask people to fill in a background questionnaire and keep a note of their smoking for a few days. During your first London stop smoking hypnotherapy session we talk in depth about why you smoke, and form a plan for those situations you worry you might slip. We look at the smoking habit also the mental attachment to the regular routine of smoking. We discuss your daily routine and the associations you make with smoking. That could be smoking after a cup of coffee, on your way to work, after food, socialising or other key times.

Stop smoking by learning from the past

We also look at your previous attempts to quit and why you started to smoke in the first place. During my many years as a London stop smoking hypnotist, I often see patterns emerge from the past that help explain why a person still smokes in the present. We might look at what has helped or not helped you quit smoking in the past to devise and so create an approach specific to you. If you quit previously then picked up smoking again, we will discuss that experience.

Hypnotist to stop smoking near me and nicotine addiction

We will discuss key points concerning the effects of nicotine. As I see at my London practice, the habit pattern is a much greater obstacle to quitting smoking than nicotine addiction, yet I find that understanding how nicotine really works helps most people to let go of it more easily. Hypnotherapy is highly effective at helping create this change. 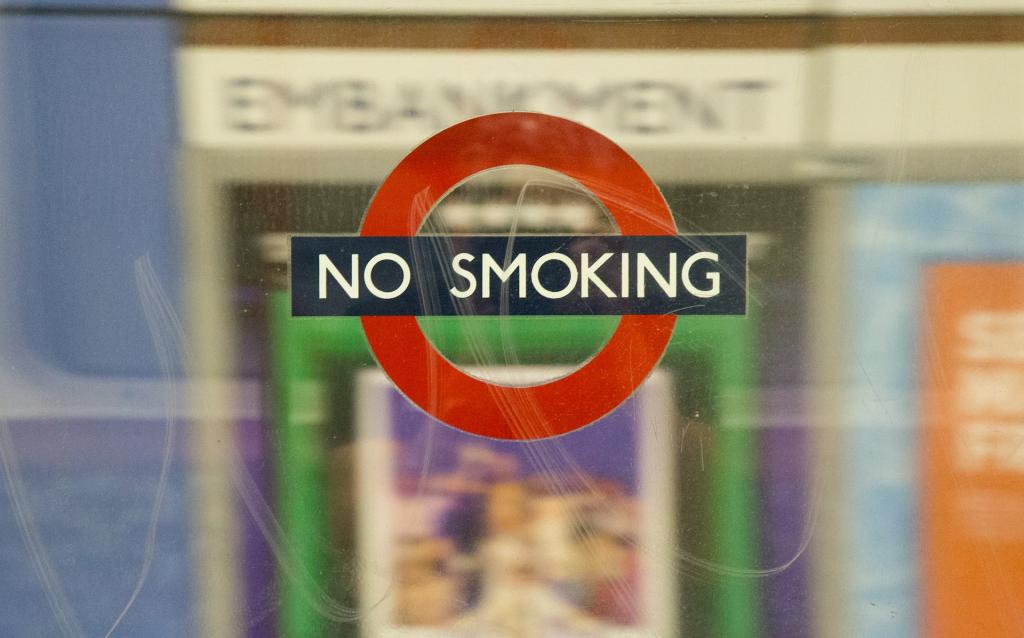 What does a hypnotist do during hypnotherapy?

During hypnosis I create for you a pleasant state of ‘trance’, a relaxation of general stress and anxiety. Hypnosis is deeply relaxing. I help you to enter and maintain a highly relaxed state of trance for a duration sufficient to trigger the parasympathetic relaxation response, which clears away stress, outside noise and helps focus the mind, giving you the best possible starting point for success.

The next stage to stop smoking is the quit smoking Imagery and suggestive therapeutics. As a hypnotist, I guide your mind to not just relax in general but ensure the critical faculty of the conscious mind relaxes, allowing the unconscious (smoker’s brain) to be influenced by imagery and suggestions. I use a variety of hypnosis methods to free your thoughts and feelings from the smoking habit.

But will seeing a hypnotist to stop smoking mean I’ll overeat instead?

People often worry that once quit, they will substitute food for cigarettes. This is a concern if you are an ‘emotional’ smoker, meaning you smoke to deal with stress or when feeling down or bored. Often at my London practice I help people create a plan to ensure they don’t start snacking once quit. We plan how to avoid substitute behaviours. Since many people are concerned that they will replace smoking with another habit, especially eating I ensure you feel confident about that too.

My goal is to help you stop smoking by feeling relaxed and in control without the worry that causes people to substitute other behaviours or go back to smoking when you have a craving. If you just googled ‘Hypnotist to stop smoking near me’, I hope that already you can see you have arrived at the right place for long term happy quitting!

Hypnotist tools to stop smoking and deal with stress

In hypnosis, and sometimes after emerging from hypnosis, I prepare people with great tools to manage the acute stress of life’s difficult situations, thoughts, and emotions without the crutch of cigarettes. For many people these responses are immediate or very soon become unconscious and automatic.

Will I stop smoking slowly or all at once?

Unlike many hypnotists who provide a one session solution, I want to ensure we cover all areas and ensure you are properly ready. An advantage of two sessions is that between sessions I set you some small tasks to also prepare the way for you to feel more at ease and confident about being smoke free. As sessions are just a few days apart if not a much longer process. After your first session you will already reduce your smoking and your second session is your ‘quit session’. Following this you will have all you need to stop smoking for good.

Does it matter how long I have smoked or how much I smoke?

With clients in London, I have not really observed any correlations between duration or quantity of smoking and responsiveness to hypnosis. Often we do think that if something has been around for a long time, if will be harder to kick, but that isn’t necessarily true in all cases. I see people who have smoked for thirty or more years succeed just as easily as those who have smoked for a decade or less.

Heavy smokers who smoke between half a pack and two packs per day can succeed just as easily as those who smoke only a few. In fact, some heavy smokers sometimes quit more easily than occasional smokers. If you are motivated and ready, there’s nothing stopping you ! In either case, I tailor the process to your specific smoking behaviours and needs.

If you searched for ‘Hypnotist to stop smoking near me’, look no further. Book your London stop smoking programme today.

Hypnotist to stop smoking near me – the scientific research

Here are some studies on the effectiveness of hypnotherapy for stopping smoking. I will add that of course everyone is different and if you are motivated and ready, I can’t say results are guaranteed, but highly likely. I’m always happy to discuss how sessions and hypnotherapy work.

Successful outcomes from hypnotherapy at six and 12 months

Four hypnotherapy trials were included in a meta-analysis of randomised controlled trials that reported abstinence at six or 12 months. Results indicated a positive association of hypnotherapy with successful outcomes.

Study of 71 smokers showed that after a two-year follow up, patients that quit with hypnosis were twice as likely to remain smoke-free than those who quit on their own.

Twenty subjects were given intensive hypnotherapy (Eight sessions over two months) for smoking cessation, or assigned to a control group. Abstinence rates for the hypnotherapy group were 40% at the end of treatment; 60% at 12 weeks, and 40% at 26 weeks.

81% reported they had stopped smoking after hypnosis

Thirty smokers enrolled in an HMO were referred by their primary physician for treatment. Twenty-one patients returned after an initial consultation and received hypnosis for smoking cessation. At the end of treatment, 81% of those patients reported that they had stopped smoking, and 48% reported abstinence at 12 months post-treatment.

87% reported abstinence from tobacco use with hypnosis

A study of 186 CMHC outpatients examined smoking cessation by using hypnosis. At 3-month follow-up, 87% reported continued abstinence from the use of tobacco using hypnosis.

Hypnosis is the most effective way of giving up smoking, according to the largest ever scientific comparison of ways of breaking the habit. A meta-analysis, statistically combining results of more than 600 studies of 72,000 people from America and Europe to compare various methods of quitting. On average, hypnosis was over three times as effective as nicotine replacement methods and 15 times as effective as trying to quit alone.

A study involving 60 subjects assigned 20 to single-session hypnosis group, 20 to placebo control, and 20 to a control group receiving no intervention. In follow-ups at 4, 12, 24 and 48 weeks the hypnosis group smoked significantly less and were significantly more abstinent.

Before You Go... unsure if Jason Demant can help?

Are you looking for support? Have a Question?

Just drop us a message in the quick enquiry form below: